Beavers was the team that was moved up out of Division 16 in the summer after beating Puckaneers 7-1 at the end of May. They don’t have anyone that dominates, but they play with good structure and move the puck well. PHC beat them once in six games last winter.

It’s the first of five games that were posted on the CCRHL’s website Tuesday night.

Before the season starts, all players need to register with the new CCRHL website.  Alec explains below. Here is the link:

The site is still a bit a work in progress so it is tough to tell how the divisions will shape up.

Game 2 appears to be against a new team, the Desert Dogs. As Puckaneers Nation member @thomasma161 noted on Twitter, they come from the NCHL, where they went by the name Desert DAWGS. Their record is a bit tough to read. They got killed in summer playoffs 12-0, but they did OK in the regular season. They had a player who had 26 goals and 44 points in 20 games last winter. Here is their NCHL page:

Games three through five are against previous opponents. Code Blue was the champion in PHC’s division last winter; Spartans was the team PHC demolished in the first round of summer playoffs; and Teal Team, well, we all know Teal Team.

Here’s to a great season!

TORONTO — From 1950 to 1990, the Edmonton Journal Trophy was presented to the Senior AA champion of the Western branch of the Canadian Amateur Hockey Association.

It was a precursor to the Canada-wide Hardy Cup and its past winners include the Kenora Thistles and the Quesnel Kangaroos. In the early 1970s, the Red Wings from Rosetown, Sask., won the two-handled silver mug three years in a row.

Today, the trophy sits on mothballs in the other championships exhibit at the Hockey Hall of Fame in Toronto.

Boy, wouldn’t it be nice to see the Journal reclaim that cup and give it a new life in Edmonton rec-league hockey?

The Edmonton Journal Trophy was just one of the hidden gems that caught our eye as PHC visited the Hockey Hall of Fame last week.

While it’s safe to say the hall probably won’t be clearing space for a Puckaneers exhibit anytime soon, we did manage to find at least one pirate reference.

Kyle Okposo had 27 goals and 58 points in 50 games with the Des Moines Buccaneers en route to USHL rookie-of-the-year honours in 2005-2006. Now with the Buffalo Sabres, Okposo’s Buccaneers helmet sits in the section of the hall devoted to other junior leagues.

PHC looked hard to find any references to our Hockey Helps the Homeless teammates Kelly Buchberger and Dave Lumley. While our search was unsuccessful, we found a lot of stuff from friend of the PuckaneersHC Twitter feed Grant Fuhr, including this mask he wore when he played 79 games in one season for the St. Louis Blues.

We also found a photo of quite possibly the best named hockey team of all time: the Brantford Motts Clamatos. Not only were the Clamatos from Brantford — home of NHL ironman Doug Jarvis —  they won an Allen Cup in 1987 and have NHLers Stan Jonathan and Rocky Saganiuk among their alumni.

All in all, it was a good trip to the hall. If you’d like to see the Edmonton Journal Trophy brought back to YEG and contested again, get on social media and make your feelings known.

Tag the Journal and the hall and use the hashtag #BringBackTheEJT.

Check your email for details

PHC got off to a good start in Round 2, taking Game 1 by a score of 5-4. But Toothwork’s lineup, featuring several six-game ringers, proved too much for the Buccos in the final two games.

Toothwork will go on to face Teal Team Six in the finals, while PHC will prepare for the winter season, which is right around the corner.

While the loss is a disappointment, the Summer 2017 season was by far PHC’s most successful since switching to CCRHL from NCHL two years ago.

Our goalie Miranda decided to visit McDonald’s after Game 2 in Round 2. She picks up the story from there: 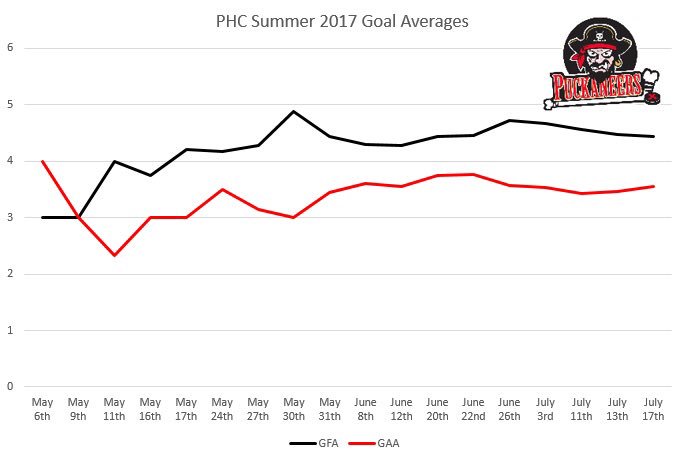 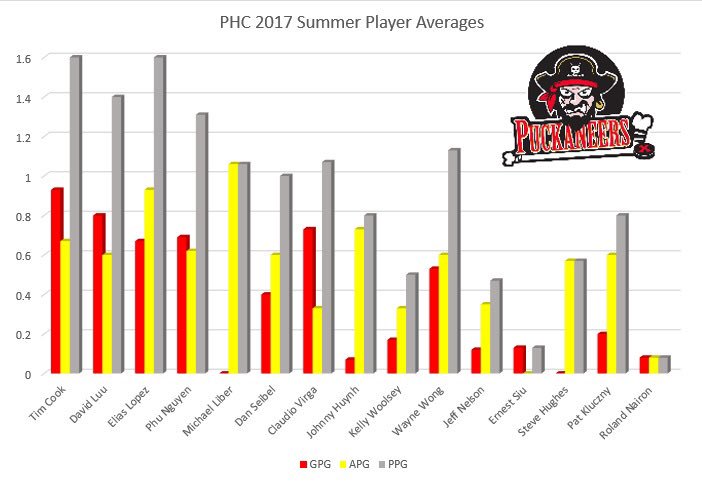